The SPY chart has formed an inverted hammer which confirms some type of retracement is underway. The long upper-shadow shows selling and distribution into the upward move. 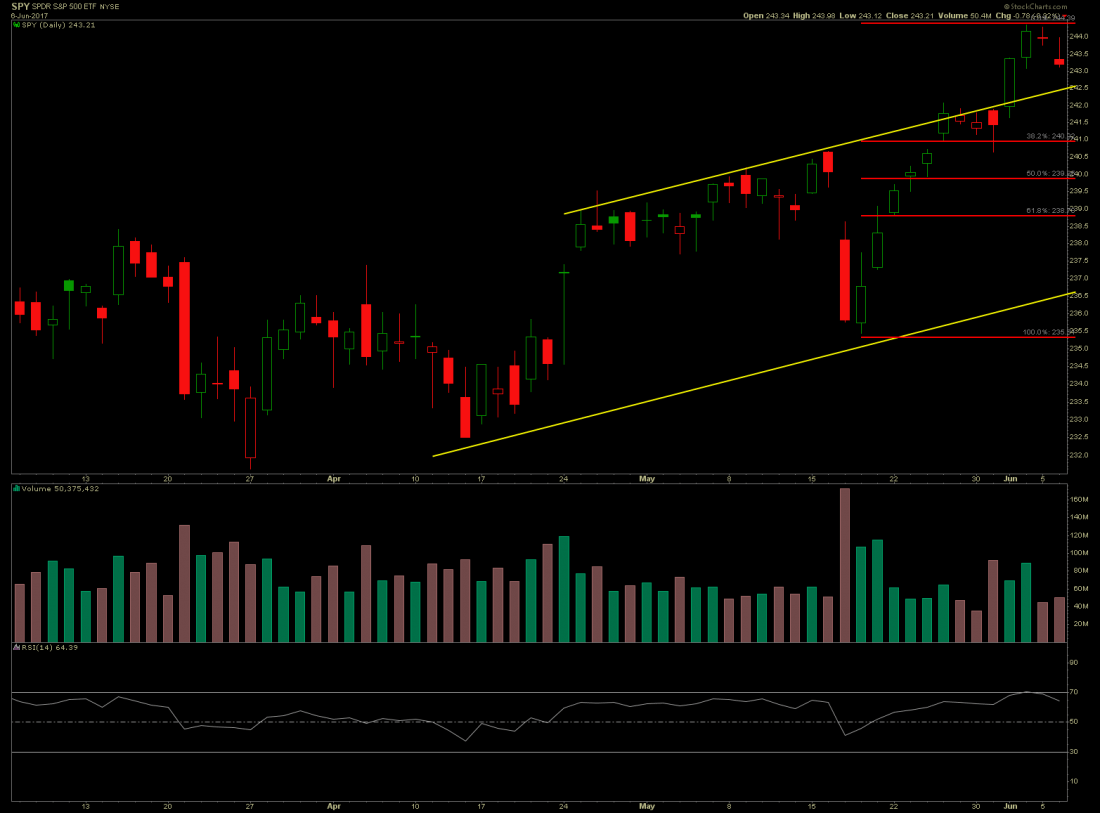 Will this be another headfake like what happened on the Russell 2000? I have added Fibonacci retracement levels on the chart and the important zone to watch is 242.50 down to 242. We want to see if the previous resistance of the uptrend channel becomes support.

The RSI shows that SPY is overbought as it kissed the 70 level and is now falling which also suggests a retracement is underway. 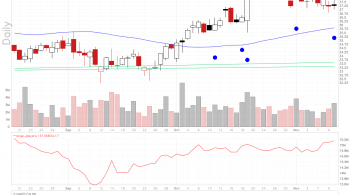