I predict that a Trump win means down for the economy at first, then upward as the US consumer strengthens from domestic job growth.

The down first move in the economy will come from inefficiencies caused by forcing multinational corporations to bring domestic production facilities back to the US or face steep tariffs.

Several traders have emailed me asking what stocks are good to short or go long in a Trump Administration.

Here is how a Trump win is likely to impact industries negatively.

Tesla is the big driver of autonomous vehicles. Tesla is shipping all new Model 3 cars with the hardware for full autonomy. These autonomous cars are also electric cars. Tesla’s new Model 3, after tax credits, was priced for under $30,000. The Trump Administration is likely to be unfriendly towards companies like Tesla that benefited under the Democrats crony capitalism. The Trump Administration will likely offer few proposals for combating climate change. Trump will likely not pursue “green policies,” which means the discontinuation of “green” tax credits like the kind Tesla benefits from. Without these generous tax credits, Tesla automobiles will be more expensive which will slow purchases and slow the spread of the self-driving car.

Industrial IoT trends have been towards automation and replacing human workers with machines and robots. Trump has promised to renegotiate trade deals to bring manufacturing jobs back to the US. If IoT trends are taking away US jobs, it’s a pretty good bet that a Trump administration will advocate against industrial machines and robots that replace human labor.

Trump has threatened to cut off remittance send from the US to Mexico until Mexico pays for a border wall. Trump is considering forcing Mexico to pay for the wall by invoking the US Patriot Act to cut off portions of the flow of money between the US and Mexico until Mexico makes a one-time $5 billion to $10 billion payment for the wall. Mexico is the largest receive destination for US remittances, cashing an estimated $25 billion in 2015. Western Union recently doubled the size of its retail network in the country, and MoneyGram unveiled a product in partnership with Walmart to make it easier and less expensive to send money from the US to Mexico. Cutting off the flow of money from the US to Mexico, even temporarily, would negatively impact Western Union and MoneyGram.

A Trump Administration will focus on bringing manufacturing back to America, specifically targeting firms like Ford and Apple to build products in the US rather than in Mexico or China. To implement a plan of bringing manufacturing back to the US, a Trump Administration will need to use tariffs and issue tougher manufacturing restrictions. This will likely cause a major decrease in international business spending as more businesses are either unable to make transactions due to restrictions or unwilling to pay the extra fees.

Net neutrality is the concept that all data transmitted over the internet should be treated equally. Trump has not released official statements about the topic of net neutrality, but he has expressed distaste for President Obama’s approach. A Trump Administration could push to change the FCC’s net neutrality rules which would result in different price points for various data types and enable service providers to throttle data delivery.

In a Trump Administration, technology companies will likely be forced to change encryption policies to provide backdoor access to the US government. Trump supported the court order calling for Apple to facilitate access to an encrypted iPhone used by the San Bernardino shooter and asked consumers to boycott the company until it complied. Civil liberties groups are likely to take the Trump Administration to court. Requiring companies to provide backdoor access to the US government would violate consumers’ trust and likely lead to a decline in users of these companies’ products at first. Over time, though, consumers will likely not care.

Policy changes by a Trump Administration would harm tech companies that manufacture overseas, like IBM and Apple. Apple’s iPhone is likely going to become much more expensive for US consumers.

Apple and Google make more of their revenues overseas than within the US. Higher tariffs and protectionist policies could make it more expensive for tech companies to move and sell their products around the world. The broader use of trade tariffs would likely spur more countries to invest in domestic technology sectors within their own countries and to reduce their reliance on US technology providers, which would further hurt US tech multinational corporations.

Large mergers between service providers and digital content companies could face greater scrutiny. Trump said that the $85 billion AT&T and Time Warner merger would not be approved by a Trump administration because “it’s too much concentration of power in the hands of too few.” A Trump Administration could lead to a decrease in M&A activity.

A Trump Administration will likely include fees that will make it more expensive for companies to hire foreign workers through the H-1B visa program. If such fees are enacted, it would likely drive up wages for highly skilled IT talent even further across the technology sector.

E-commerce companies are pushing to deliver products to consumers as fast as possible. Think Amazon, and it’s Amazon Prime membership with free two-day delivery as well as its drones for remote area deliveries. This fast delivery involves automation within distribution centers. A Trump Administration will likely move to protect American workers from being displaced by machines thus forcing e-commerce companies to invest in traditional forms of labor over cheaper and faster new ones.

While a Trump Administration will be great for the US economy long term IMO, short term, I think we get a pullback in the economy while corporations adjust to higher costs and lower sales. 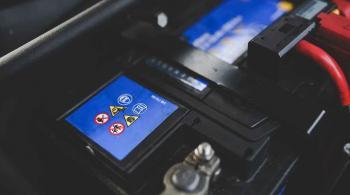