VLDR stock has exploded more than 30% higher on February 8, 2022, after the company announced Amazon is taking a big position in its stock.

Craig-Hallum analyst Richard Shannon notes that after market close on Monday, Velodyne Lidar (VLDR) disclosed in an 8K that it is offering 40M warrants at $4.18/share to Amazon (AMZN), with full vesting contingent on $200M of sales from Amazon. The e-commerce giant is a well-rumored customer, specifically for last-mile delivery applications that Shannon believes overlap with a $318M contract Velodyne highlighted in its SPAC process, so the stock being up 60% in the aftermarket seems like “an overreaction” at first glance, the analyst argues. Shannon also points out that this warrant deal makes this revenue stream more certain, but there are no large purchase orders in place at this time. Lastly, Amazon is implicitly confirming a large-scale need for lidar in non-automotive applications, which should provide a lift for all lidar companies with focus there, most specifically Ouster (OUST), the analyst argues. Shannon has a Hold rating and a price target of $3.50 on Velodyne’s shares.

After Velodyne (VLDR) announced that it has entered into a transaction agreement under which it will issue a warrant to a subsidiary of Amazon (AMZN) to acquire up to 39.6M common shares, BofA analyst John Murphy, said the motivation, industrial logic and impact of the transaction are “not entirely clear.” He also noted that Amazon frequently makes minority investments in companies via warrants and said details around the transaction contained in the warrant agreement are “lacking.” From Velodyne’s perspective, the transaction makes sense to fortify an existing customer/partner relationship with Amazon and to gain a public endorsement for the theoretical value of the company’s equity, but this agreement also may incentivize Amazon to award Velodyne additional commercial agreements. While the endorsement is “helpful,” he maintains an Underperform rating on Velodyne given his view that the future for commercially-targeted LIDAR is “far from clear” and that the company appears to be lagging its closest peer Luminar (LAZR) in booking multi-year contracts for automotive/ADAS/AV series production.

Velodyne Lidar issues warrant to Amazon to buy up to 39.59M shares 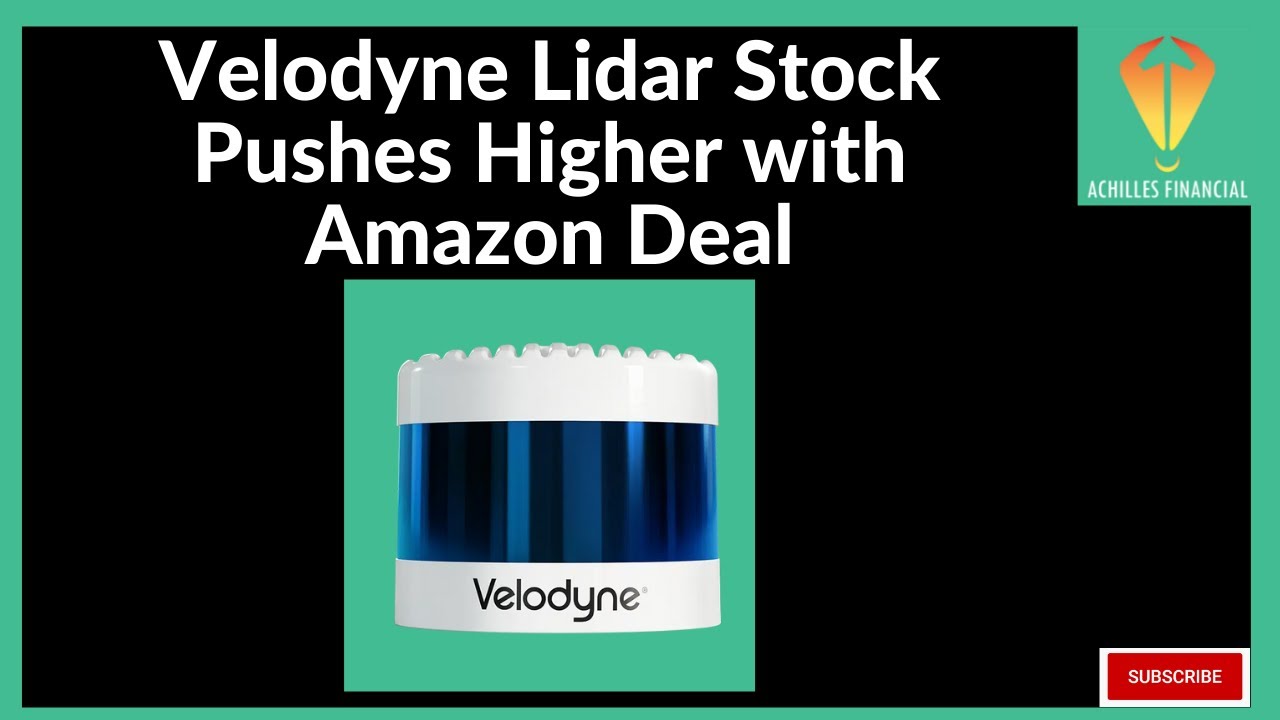 The positive divergence between large players volume and price is bullish. The short-term trend is negative, as is the long-term trend. Volume is considerably higher in the last couple of days. VLDR is one of the lesser performing stocks in the Electronic Equipment, Instruments & Components industry. 79% of 126 stocks in the same industry do better. VLDR is currently trading near the lower end of its 52-week range, which is not a good sign. The S&P500 Index is trading in the upper part of its 52-week range, so VLDR is lagging the market.

Although the technical rating is bad, VLDR does present a nice setup opportunity. VLDR stock has a Setup Rating of 5 out of 10. Prices have been consolidating lately and the volatility has been reduced. There is a resistance zone just above the current price starting at 3.81. Right above this resistance zone may be a good entry point. Click here to sign up for email alerts on when VLDR stock consolidates and has a Setup Rating of 8 or higher.