VORB stock currently has only 6M float for both VORB and VORBW. This is how de-SPAC squeezes start right after a merger.

On December 29, 2021, NextGen Acquisition Corp. II (NGCA) announced the closing of its business combination with Vieco USA, Inc., the parent company of Virgin Orbit (VORB). As of the closing of the transaction, which was approved by NextGen stockholders on December 28, NextGen has changed its name to “Virgin Orbit Holdings, Inc.” Virgin Orbit’s common stock and warrants are expected to begin to trade on the NASDAQ Stock Market on December 30 under the ticker symbols “VORB” and “VORBW”, respectively.

On December 28, 2021, NextGen Acquisition Corp. II (NGCA) announced that its stockholders have approved the previously-announced business combination with Vieco USA, Inc., the parent company of Virgin Orbit, at a special meeting of stockholders held today. Also today, NextGen and the Virgin Group announced that the minimum cash condition required for the merger to be completed has been satisfied, which will provide Virgin Orbit with growth capital to continue its rapid ramp-up in commercial space launch.

The closing of the business combination is expected to occur before the end of December, subject to the expected satisfaction or waiver of all closing conditions. Upon the closing of the business combination, the combined company will be named “Virgin Orbit Holdings, Inc.” and its common stock is expected to be listed on the NASDAQ under the new ticker symbol “VORB”. The transaction is expected to raise approximately $228M in gross proceeds, including $68M from trust proceeds and $160M from a fully committed PIPE led by strategic and institutional investors including Boeing (BA) and AE Industrial Partners, in addition to existing Virgin Orbit investors Virgin Group and Mubadala Investment Company and members of NextGen’s Sponsor.

“We’re on track to end December with Virgin Orbit as a publicly traded company – a fantastic way to celebrate and cap an incredible year that started with delivering a dozen satellites for its first customer, NASA, into their target orbit in January. Thanks to Dan and his world-class team, along with the support of our partners at NextGen and other investors, Virgin Orbit is well positioned to continue revolutionizing satellite launch and building unrivalled space technology that we believe will positively change the world. With a diverse and global customer base, it is the only launch company that can go anytime, from anywhere, to any orbit. With the company preparing for a third consecutive successful launch in January, I’m thrilled to support Virgin Orbit as it becomes a publicly traded business and builds on the incredible successes that we’ve seen this year,” said Sir Richard Branson, founder of Virgin Orbit.

On December 22, 2021, Virgin Orbit (VORB), which has announced a planned business combination with NextGen Acquisition (NGCA), completed a full wet dress rehearsal of its air-launched LauncherOne satellite delivery service. With this critical test successfully completed and the bonus of adding an additional satellite to the payload stack earlier this month, Virgin Orbit is tracking towards a launch in January 2022. The launch window is set to open January 12th, 2022, and the launch itself will be livestreamed to the public. 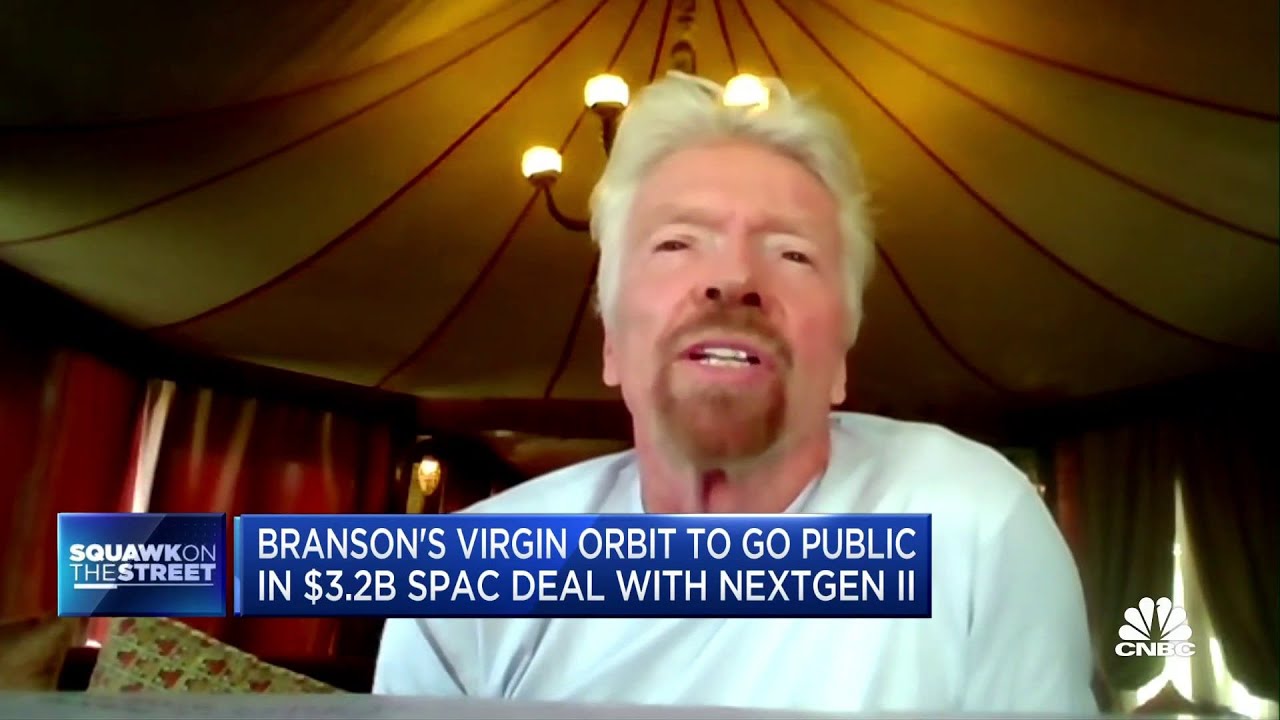 There is not enough chart data to analyze with the recent SPAC listing. The technical rating of VORB is bad and it also does not present a quality setup at the moment. Click here to sign up for email alerts on when VORB stock is a good entry.