I was on the cutting edge of charting technologies and especially Japanese candlestick charting when it became popular in America during the 1990s, with the advent of the internet.

I debated with the best of the best.

One strong argument was that the patterns on stock charts showed up on rain charts. My response was always, yeah, but they work!

Later research was done to show the Fibonacci sequence also worked with stocks. Even fractal patterns in nature are, you guessed it, on stock charts.

Darn, we don’t want previous resistance to become support because that implies a move higher just as predicted for this coming Fall season.

As a Virgo, I can’t help but see patterns everywhere and so I’ve been waiting for weeks to see if previous resistance becomes support on the U.S. COVID-19 cases chart. Yes, I know, I’m strange. Let’s move on from that obvious observation.

Today, many technical patterns no longer work because everybody knows of them now and thus trades against them. Only a handful of chart patterns and candlestick patterns are still useful for trading.

Don’t sent me an email asking why these patterns work in all of nature and even with the COVID-19 virus. I have no idea. Even back in the 1990s, I never tried to argue ‘why’ chart patterns similar to rain charts worked, just that they often did. IMHO, that stuff is best left for spiritualism, theorists, and others. Personally, I just chalk it up in the category of really weird sh*t. 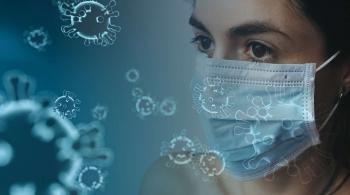 $SPY Dr. Anthony Fauci on the Politicization of Coronavirus

$SPY Dr. Anthony Fauci on the Politicization of Coronavirus